CONSTRUCTION OF A NEW ORPHANAGE TO ESTABLISH A PERMANENT HOME

In 2017, for the Infant Jesus Children Home, we provided $9,000 to pay for the school fees and materials for 21 HIV affected children.
For the Jnana Mandira Orphanage, we paid for the second floor of a new orphanage built for their girls.  The 22 girls have gone from living in one-room to a new just built three story building.  The home has doubled its capacity and now includes 18 boys.  The second floor has been named after People to People Foundation USA.

In 2016, we sent tuition money to the Infant Jesus Children’s Home in Bangalore, India. We paid tuition for five HIV/AIDS children to attend college for the next three years.
For Jnana Mandira Home for girls, we paid tuition and related school expenses for 27 girls to attend city schools.  We also helped to move the children from a one-room flat to an older, but more spacious condo.

In 2015, we provided nutritious food and paid school tuition costs for the Infant Jesus Children's Home HIV students since they have started to be integrated into the public school system in Bangalore.
In addition, we picked up a second orphanage to support, the Jnana Mandira Home for Girls, also located in Bangalore.  The twenty seven girls at this home were provided nutritious food and school tuition costs for the year by our Foundation.  Before our assistance, they were being supported by the salary from one teacher who takes care of them at the home.  With our help, they were able to move from a one room apartment in the inner city to a condo unit in a better part of the city.  This year, with your support, we provided an energy source for the Home (generator or solar panels) since there are frequent energy interruptions of electricity, which affects the children's study time, prayer time, and activity time.

PROVISION OF FOOD AND CLOTHING TO HIV INFECTED ORPHANS

This year's proceeds will be used to supply nutritional food for the 105 HIV infected orphans in Bangalore, India. Thanks to everyone volunteered, attended and supported our mission!

SMART technology and support for teachers to promote quality of education 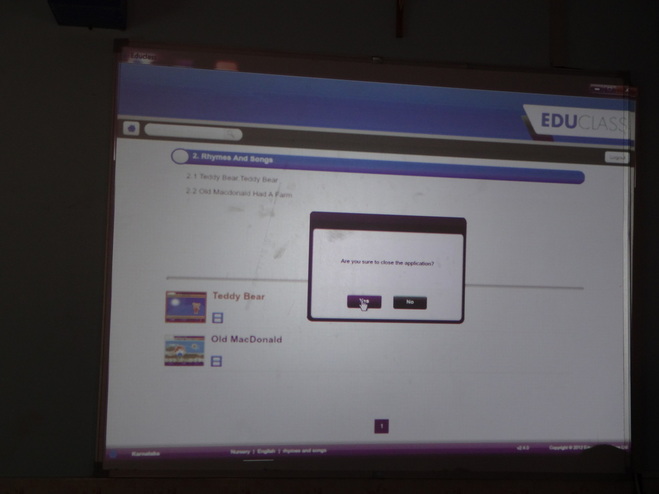 Last year, our organization sought to provide infrastructure support by purchasing new furniture for St Angel school. This year, after careful deliberation the board decided that funds were to be allocated to further improve the quality of education imparted to the orphans that study at this school. To this effect, two new projects were undertaken - procurement of technology to support SMART learning, and funding for salaries to hire more teachers. Read more on what we're doing and how you can reach out to them by clicking on the photograph at the left.... 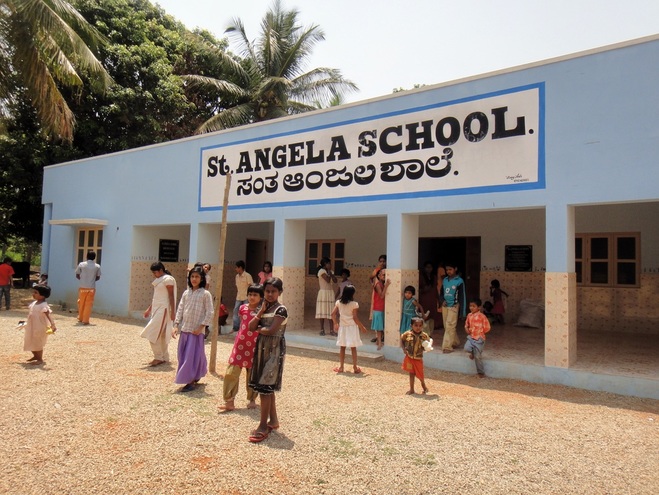 St Angela school located at Kothanur, province in Bangalore, India is part of a larger facility run by the 'Sisters of DSS (Deena Sevana Sabha)' - roughly translated to 'Sisters who serve the Poor'.  While DSS had already ventured into many areas of services for the liberation of the poor ,  our organization decided to focus on one of their chapters that deals with children afflicted with HIV.  While HIV is a disease that plagues millions of people worldwide, the situation is even more dire for those infected in third world countries. The  lack of infrastructure support, coupled with the stigma of the disease, makes life almost impossible for kids afflicted with HIV.  Consider a child who contracts HIV in a society that still stigmatizes against him/her. With no financial support, poor medical care, lack of educational facilities, and NO ONE TO LOVE, the child is without any HOPE. And this situation isn't uncommon! Can we honestly keep a clear conscience while simultaneously turn a blind eye to their plight?  Read more on what we're doing and how you can reach out to them by clicking on the photograph at the left....