INCEPTION OF AN IDEA

Launched in October 2010, People to People Foundation was established to partner with orphanages that cater to the needs of children.

Our story  has its humble beginnings when a Catholic priest was delegated to work as a pastor in the mission Mulagalampadu, located  in Andhra Pradesh, India. During his residency, he often interacted with children from a local orphanage, specifically the St. Joseph's Orphanage,  located at Church Colony, Thigul (Village) Gajwel (Via), Medak (Dist) Pin 502 311, Andhra Pradesh, India.  On one fateful evening, a couple of villagers brought two children, aged 5 and 7 to his doorstep. On inquiry, he found out that their parents  had gone to work in the fields and sometime during the day, the couple decided to take poison and end their lives due to financial difficulties. So what should have been just another regular day ended with two kids being left behind with no food, no shelter, and effectively no hope! Touched by this event, the priest took the children under his wing and  started to care for them. However, he soon realized that their plight was not uncommon - many children were being left behind as orphans when their parents could not look after them or chose not to. Soon after , he started  a small boarding home with the help of his salary and with the support of some people (both Hindus and Catholics) in the area. St. Joseph's Orphanage currently houses 60 orphans.

When this priest met our founder, Lori Murphy, she retold his story to her friends and truly touched the hearts of a small group of individuals. Led by her, they collectively decided that a organization needed to be formed run entirely by volunteers, i.e. all donations would be directed to help alleviate the suffering of children. In other words, our organization is unique since, being run entirely by volunteers, there are no funds diverted to pay salaries for managers, employees or the like. Moreover, our organization is not tied to any one location, or mission, but instead partners with those organizations serving children with the greatest needs.  Our goal is to not only nurture these children but to educate them so that they are able to bring about a positive change in their community and country. This is of course, easier said than done, but a collective awareness and a great deal of support will indeed help us eventually reach our goal.

Initially, our organization partnered with St Joseph's orphanage, and helped procure land for further expansion, wells for drinking water, clothes, books and other miscellaneous items.  However, since we are not tied to any particular organization, we have the flexibility to partner with any other sister organization, if a greater need is identified. As of 2012, we have now tied up with the  'Sisters of DSS (Deena Sevana Sabha)'  to cater to the needs of children afflicted with HIV. 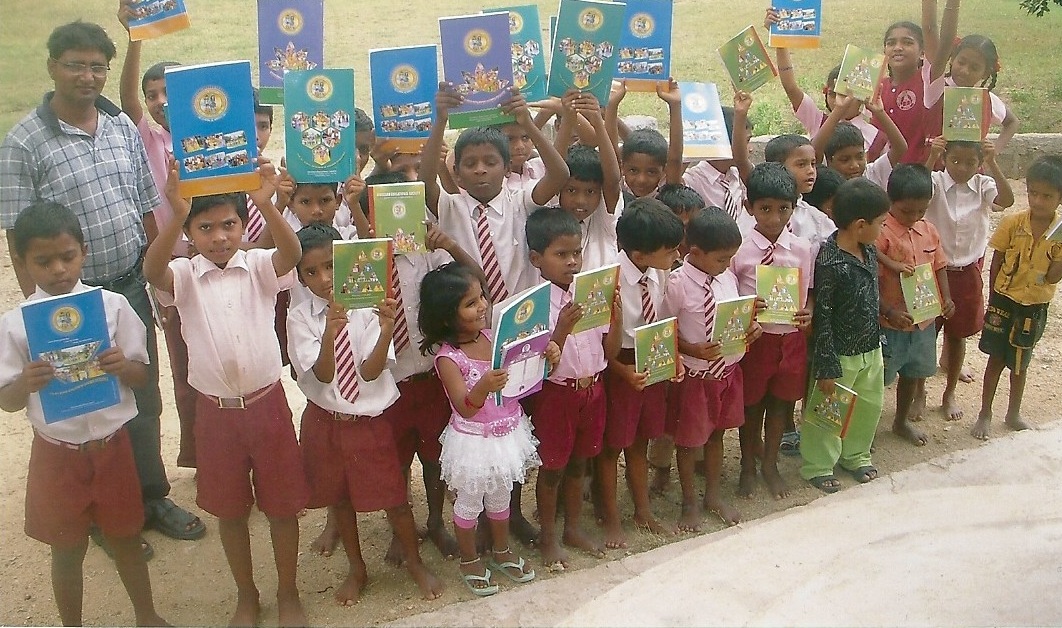 Study material procured for the children at St Joseph's orphange