THE CHILDREN EXTEND THEIR GRATITUDE AND BEST WISHES (2016)

RECIPIENT OF THE RUBY AWARD FROM SOROPTIMISTS INTERNATIONAL- 2014

In addition to the $10,000 received from Vacation Bible School, People to People has received $1,000 from the Catholic Community of Pleasanton's Social Justice Committee! Thank you CCOP! 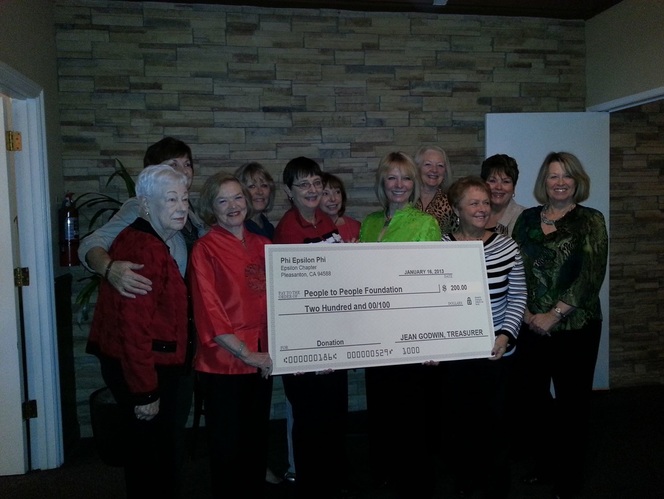 RECIPIENT OF $500 GRANT FROM THE CATHOLIC COMMUNITY OF PLEASANTON - 2013

Co-founders, Jim and Lori Murphy have been named as Social Justice Advocate award recipients from the Catholic Community of Pleasanton. This award is given to members of the community whose work serve as an example of Social Justice action which parishioners can follow. The Award included a $500 grant to People to People Foundation.

A REVIEW OF THE CAMPUS DURING A VISIT BY OUR VICE PRESIDENT - DEC. 2013

The halls are decked with Xmas decor to celebrate the Holiday season!

NEW MURALS ADD COLOR AND JOY TO THE SCHOOL HALLWAYS

RECIPIENT OF THE GRANT AWARD FROM LIVERMORE TEMPLE (2012) 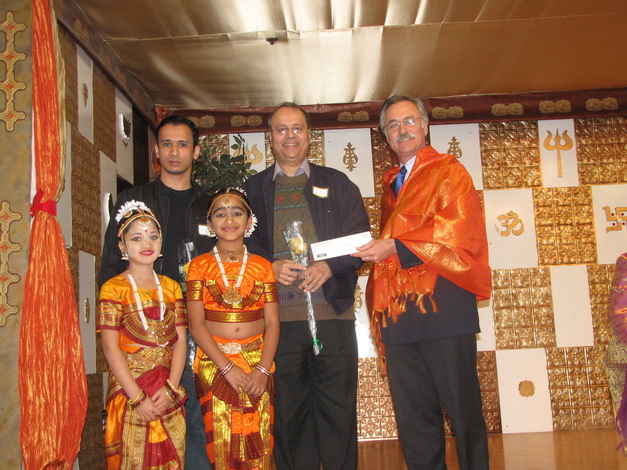 Receiving the award from Mayor of Livermore, John Marchand
On Saturday March 17, 2012, when the Human Services committee of the temple conducted its annual Grant-In-Aid event, our organization was awarded a grant to work directed towards catering for the needs of orphans.  Due credit must be be given to our grant writer, Rishi Chowdhury, who spent countless sleepless hours organizing the information necessary for filing a grant proposal. The award was received on behalf of People To People foundation by our VP, Sneader Sequeira and our Grant Writer, Rishi Chowdhury. This auspicious event was honored by the presence of dignitaries, California Senator Mark Desaulnier, Consul General of India in San Francisco  Mr. N. Parthasarathi, Mayor of Livermore Mr. John Marchand and the Livermore police and fire chief .  Special thanks is also extended towards Livermore temple for their generosity and assistance in reaching out to the under-privileged children.

A SURPRISE VISIT TO  ST ANGELA SCHOOL  BY OUR PRESIDENT, LORI MURPHY